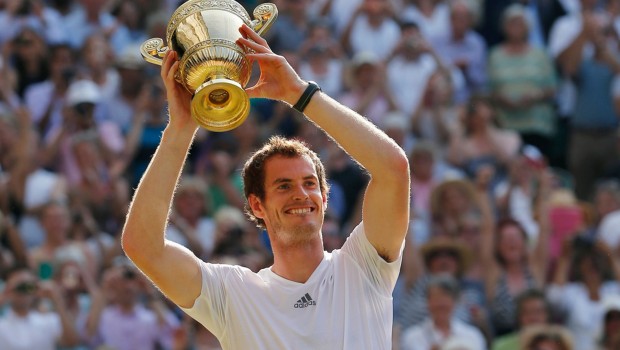 Andy Murray won his first Wimbledon title and second Grand Slam title over the weekend to end Britain’s 77 year wait for a men’s champion on home turf. Beating Novac Djokovic in 3 sets, Murray made history with his victory in a gruelling 3 hour and 10 minute battle in sweltering conditions. With the pressure of the nation on his shoulders, Murray knew exactly what this would mean to the crowd, the nation and of course himself after last years emotional defeat in the final. He finally did it, and it was definitely worth the wait! To celebrate Murray’s win, here are some of the best Tennis apps available:

With just a simple one-fingered swipe you’ll soon be thumping crosscourt winners, yet at the core of Stick Tennis is a highly sophisticated physics engine that rewards tactical play.

The Championships, Wimbledon 2013 for iPhone

miCoach Tennis brings together the digital and physical world in ways never seen before in an iOS app. Visualize your speed stats collected by the miCoach SPEED_CELL™, a device from adidas that sits inside a cavity of the adipower Barricade 7.0 tennis shoes or clips onto your laces to measure your speed, rallies and distance covered during your tennis matches or training sessions. World famous tennis star Andrea Petkovic will take you through a sports experience unlike any other. Experience the training system professional tennis players use to stay at the top of their game!

You never know, you could be the next Wimbledon Champion & hopefully there won’t be a 77 year wait this time!