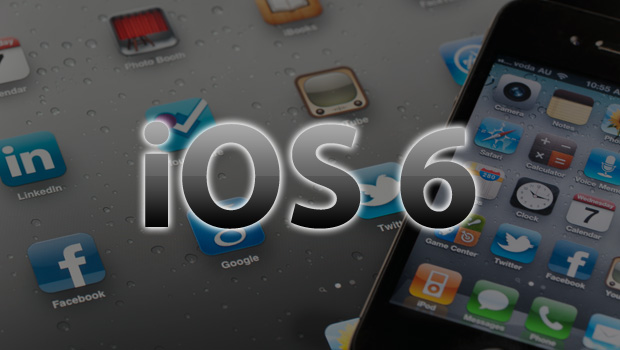 If you’re phone is iOS 6 compatible its easy to update to the new software: You will be able to update via Wi-Fi or by plugging your device into your computer and starting up iTunes. If you aren’t running iOS 5 you will have to update via iTunes (version 10.7) as over the air updates came with iOS 5.

Here are some of the new features you can expect with the new update:

Notification Centre: With iOS 6, users can directly tweet and update their Facebook status via the Notification Centre. Facebook has been built into iOS system-wide, which means you can now send a status update through Siri as well as share images and websites through Facebook.

Safari: Safari has adopted a fullscreen landscape mode in iOS 6. The new update has introduced iCloud Tabs, a feature which lets you sync your open webpages through iCloud across any other iOS devices with iOS 6 and Macs (running OS X Mountain Lion) connected to your Apple ID account.

Mail: Your flagged email messages will now appear in a new designated flagged mailbox which makes finding the emails much easier. You can designate Very Important Persons both within Mail on iOS 6 and on a Mac running Mountain Lion; messages from those VIPs will show up in a special folder in Mail on iOS 6.

Passbook: This is the only new app Apple has introduced with this update. Passbook allows you to store all your tickets and passes such as cinema tickets, boarding passes, coupons or store cards. You can delete tickets when your finished and some store cards and passes will automatically appear on your lock screen when your nearby the location of the store/venue.

Siri: Siri has been extensively improved and can now launch or close apps, answer those trivial questions that have been bugging you for ages or even book you a table at your favourite restaurant!

Updating is easy, so if you like the look of the new features update today! Here at izzyj HQ, we love the new Passbook application – say goodbye to endless paper documents as all can be stored straight on your device!