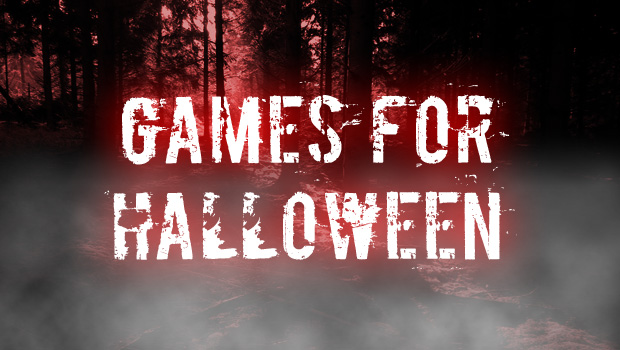 It’s that time of year again when monsters rome the streets, terrorising the neighbourhood in search for food or otherwise launching so called “tricks” upon unsuspecting victims…. yes sorry I meant kids! (I think we’ll leave it at monsters though!). So as you wait in fear of what gruesome sight is next to appear at your door, here’s a selection of truly frightful games to keep you occupied, along with some fun ones too!

As you awake in a hospital, unsure of how you got there and why, an old man warns of a beautiful witch whose minions roam the halls seeking the living, the only way out of this nightmare is to destroy the witch. Packed full of gesture based controls, you explore the decaying ruins of Montclair Hospital, armed with a crossbow and sword as well as the occasional fist fight, well who doesn’t love punching a monster right in the third eye?!

As well as being visually stunning, the atmosphere of the game is really intense, giving you a deep sense of something constantly lurking around the corner, much like the kids currently roaming your neighbourhood!

Now there’s your typical scary monster, but a monster from out of space?! Now you know this game has to be good! This game really excels in visual effects, with stunning gameplay and fantastic movie-quality footage as well as a fully video-acted stereo soundtrack. Dead Space throws you in to events that unleash the Necromorph horde, using swipe and tap controls you must battle off the Necromorphs through 6 varies environments. Dead Space gives you an array of incredible futuristic weapons including a plasma saw and core extractor as well as being able to use Kinesis and Stasis modules well known to players of the console game.

Dead Space really immerses you in to visually stunning environments, keeping you engaged throughout the actions packed game. This is a must download for all iOS gamers!

Available on: iPhone, iPad & iPod Touch
Price: £0.69 for a limited time only so hurry!

Well we had to get the brilliant classic in here somewhere so join in the fun with this medieval instalment to the Sims series. Create heroes of medieval times, venture on quests and experience an ancient land of adventure, drama and romance! Determine your Sim’s destiny, playing as a serf, squire, Lady or Lord, even as a vampire! Medieval times have been given the Sims makeover, made bigger, bolder and brighter, made all the better with the visual glory of the iPad.

Available on: iPhone, iPad & iPod Touch
Price: £1.99 for a limited time so hurry!

4. PuppetShow – The Mystery of Joyville HD

Engross yourself in this story of mystery, investigating the disappearances in a spooky yet beautiful immersive world. Collect clues by search for hidden objects and by solving mind boggling puzzles. The game features a visually artistic and stunning environment, with a truly immersive story line. Packed full of mind bending puzzles that are sure to drive you mad with frustration, PuppetShow really pushes your brain to the limits. A brilliant game sure to keep you on the edge of your seat.

Barry Steakfries takes on a world filled with monsters, running and shooting monsters with nothing to lose! Travel through portals to visit exotic worlds, battling demons, mummies, vampires and much, much more! With each level comes even faster gameplay, speeding up to test your reaction skills, running as far as possible, shooting monsters along the way to get the best score ever! No action game can go without the use of big bad guns and this ones certainly comes packed with those! Start it out with the one shot Pacifier, take it up a notch with Mr. Zappy and get ready for the ultimate… the Machine Gun Jetpack! Endless runners become dull when compared to games like Monster Dash, with comical cartoon styles, tones of monsters to shoot and a shear adrenaline rush of speed, you cant go wrong with this beauty! 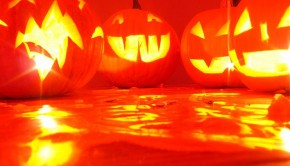