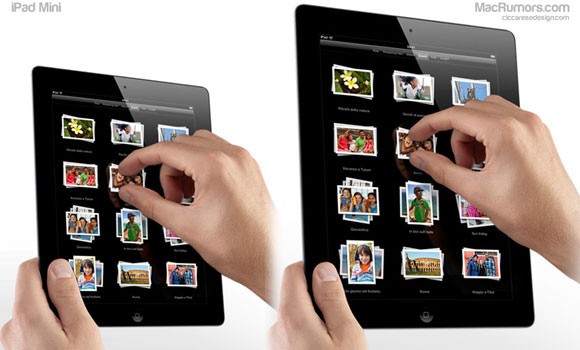 Here at izzyj we are eagerly waiting an announcement for the launch of the long-awaited iPad mini. Rumours are circulating about the cheaper, smaller alternative to the 10inch iPad and multiple sources have claimed that the launch of the device is imminent. izzyj is here to bring YOU the rumours we have heard on the grapevine to keep you in the loop with the latest Apple news.

2. Lightening Connector – There has been many rumours that Apple are only planning to launch a minor update to the current iPad for the iPad mini which will be to bring the iPhone 5’s Lightening connector to the device.

3. 4G compatible – Although the rumours suggest that Apple will not be releasing a 3G version of the device, reports suggest that the device will be made compatible with the UK’s 4G network which means that this could be a possible development for the future.

4. 7 inches – The device is said to be 7 inches in width, making it 3 inches smaller than the current 10 inch iPad.