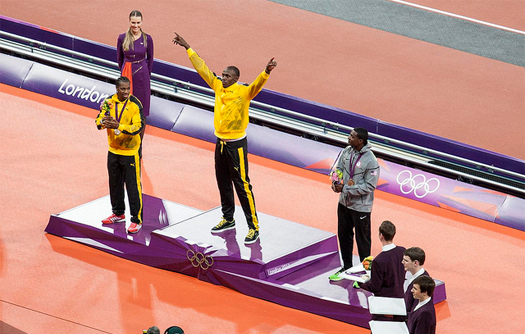 Usain Bolt won gold yesterday in the London 2012 Olympic 100m final, to claim the title of the fastest man in the world. Arguably the most anticipated event of the games, those who shed doubt over Bolt’s fitness were put to shame after his 9.63 second victory, retaining his title for the second consecutive Olympic Games. Bolt claimed he is now ‘closer to becoming a legend’ and has shown his superhuman talent in an event of one-hit wonders.

Here at izzyj we have produced a tutorial that would have come in handy for last night’s race! See how fast you can run the 100m compared to Usain Bolt by using your very own stopwatch. All you need is your iPhone, check out this tutorial to find out more!