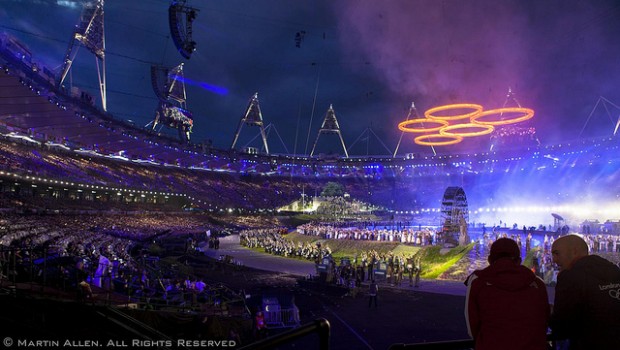 The Games have finally started after seven years of planning and anticipation, and what a start it was! The Opening Ceremony was beautifully choreographed, and captured the major events in British history perfectly. Danny Boyle’s interpretation of the British culture was reflected completely within the various sections as the ceremony evolved.

Team GB are off to a flying start with our first medal on the board from Lizzie Armistead, winning the Silver medal in the women’s cycling road race on Day 2 of the London 2012 Games. Following Armistead onto the medal tables was GB’s Rebecca Adlington, winning Bronze in the women’s 400m freestyle swim. After winning Gold in the Beijing Olympics in 2008, Adlington was under immense pressure to perform to the same standard. Although this time, the gold was out of reach, Rebecca swam faster than she did in Beijing and was extremely happy to make the podium.

For more information about the apps that are available for the Olympics, check out our blog post here. Alternatively you can bookmark the Official London 2012 website onto your iPhone/iPad using our simple video tutorial! Make your favourite websites easily accessible!