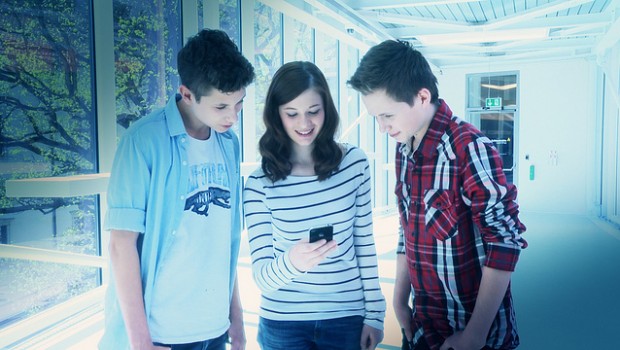 Welcome to izzyj’s top 5 iOS games currently as the chart stands! These are sure to keep you entertained over the Christmas period AND provide the perfect stocking filler. Take a look….

1. Need for Speed Most Wanted

Buckle up, rev your engines and get ready for the ride of your life because Need For Speed Most Wanted has hit the iPhone and iPad screen! Need For Speed smashes back on to our screens with Most Wanted. Drive like you’ve never driven before to outrun the cops, outsmart rivals and beat all of your friends. Need For Speed Most Wanted makes the driving experience a whole lot more dangerous with no-brakes-allowed street racing along with realistic full-car damage for the first time on mobile! Most Wanted makes you the number one wanted criminal, evading a relentless police force while clashing with street racers to prove how good you really are. Race amazing cars such as the SRT Viper GTS, Porsche 911 Carrera S, Hummer H! Alpha and so much more.

After the incredible first game of the series, Chair Development bring something even more exhilarating to the gaming world. Now that the God King has been Defeated, young Siris must delve deeper in to the world of the Deathless Tyrants and their legion of Titans, to uncover the truth behind the secrets of the Infinity Blade.

With the second instalment in the series, everything seems to have been brought to the next level of iOS gaming. The graphics seem to be the best around at the moment and the eerie music adds to the astounding atmosphere of the game. Feel your heart pound as you venture round the next corner to find your next battle, get yourself in to a frenzy of finger swiping as you slash your enemy to within every inch of their monstrous body. Each fight comes with a great end fight scene, giving that crazy battle the final blow it well deserved.

ATTENTION! Get yawself to those trenches boy! Yaw in for the riiide of yaw life!

The award winning tower defence game is back in an all new adventure that we’ve all been eagerly awaiting it’s release.

The fieldrunners are back and ready to take over the world, well that’s what they think! With an array of weaponry at your hands, it’s your job to make sure the fieldrunners get no further than the blast of your high powered cannon! Build paths out of incredible weaponry, call in air strikes and set explosive traps to blast the enemy in to oblivion! 20, fantastic new levels await you including an infernal volcano lair, oooooh nice! As well as the exciting levels, challenge yourself with different game modes including sudden puzzle, sudden death and time trials, how quickly can you blast the enemy to smithereens?!

Sega have done it again, a pure act of genius has been relaunched on to the iPhone and iPad. Many of us will have spend many an hour in the arcade or on the ol’ PS2 / Dreamcast, driving frantically around the sun set streets, picking up unsuspecting people to give them the taxi ride of their life! In this game there is one aim, drive your passengers insane! Who would ever have thought that a game could have been made out of taxi driving, how ever taking a cab in New York for example really starts to make you realise how crazy certain taxi drivers can be!The game is nice and simple, drive around as fast as you can, picking up as many customers as possible and at the same time driving your cab like a maniac to score points. As well as the classic and arcade timed modes, the game comes packed with 16 mini games, testing your driving skills to the limit.

Angry Birds strikes back with the latest installment, Angry Birds Star Wars, let the space geek madness begin!With the latest Star Wars edition, we see those lovable Angry Birds… well you guessed it, turn in to Star Wars characters! Move over Stormtroopers, this war is all about destroying Pigtroopers! Rebel birds, striking back from a hidden base, defeated the evil Imperial Pigs. During their epic battle, Rebel spies managed to steal secret plans to the Empire’s ultimate weapon, the Pig Star!! The Rebel spies now race for their lives to deliver the plans to the Rebel Birds, and this is where you come in, ooo it’s catapult time!

Enjoy mastering these games for hours on end and we can guarantee, you won’t get bored!