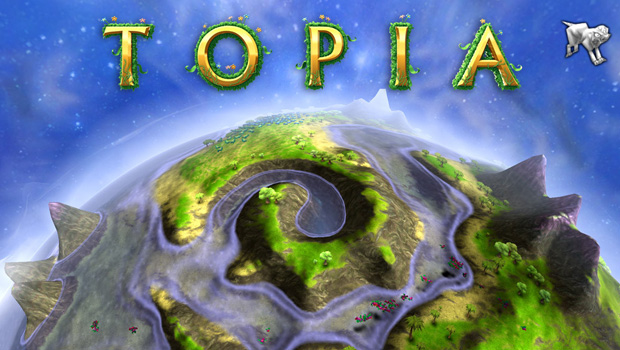 Have you ever dreamt of ruling the world? Not in the “mwahaha you’re all mine!” kind of way but to be able to mould the world as your own? Well as the saying goes, “there’s an app for that!”, in this case there really is.

Topia World Builder gives you the ability to create your very own world, become a god in your own rights! With just a swipe of the finger you can create mountains, valleys, rivers and oceans, watch trees grow before you very eyes! Spawn thousands of animals to rome across the world and see them live and die on the planet you created.

Topia World Builder is a great game to help cure those moments of bordom, within minutes you will become entranced by the beauty of the game and sent in to a state of real relaxation, until of course predators are unleashed on to those thousands of animals you have just spawn and all caos breaks loose! For a game so simple you could quite easily spend hours quite literally watching the world go by, well your fictional world anyway.

Even though the game itself is quite basic, there is so much fun to be had with it. Whether you just want to create the perfect world or watch thousands of animals run wild over your world being chased by all kinds of predators, this is a game for everyone.